Measures for congestion on Expressway

Congestion loss time on Expressway * 1 Has been on a downward trend since peaking in 1997, and has decreased to about 50% of its peak in 2008.

After that, due to the increase in special holiday discounts (5 discounts for rural areas, maximum 1,000 yen, etc.) since 2009 and the reconstruction demand from the Great East Japan Earthquake since 2011, etc. The declining trend continued.

However, since 2017, the traffic volume in our jurisdiction has increased due to the network development in the suburbs of the Tokyo metropolitan area, and the traffic congestion has started to increase again.

* 1: An index that indicates the degree of congestion. Calculated by multiplying the time lost due to traffic jam and the number of affected vehicles.

About 70% of the traffic jams that occur in the jurisdiction of the year are due to traffic congestion. (2018)

As the breakdown of these congestion occurrence point, In-bound slope and sag portion * 2 Account for 70% of the total.

In order to secure safe and smooth road traffic for our customers, we will implement both hardware and software measures to reduce traffic congestion.

[Development and dissemination of ETC]

Before the spread of ETC, the toll booth was the worst place where traffic jams occurred, but it is now almost eliminated.

By blinking the light so that it moves in the direction of travel, it is effective in suppressing speed reduction and supporting speed recovery.

We are improving the lane operation so that it can respond to changes in traffic conditions. 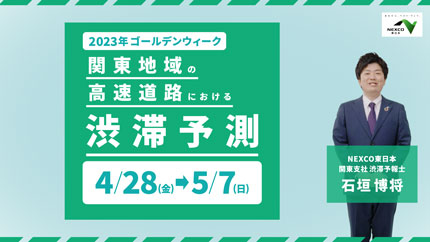 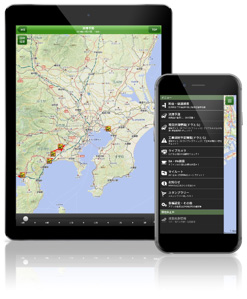 We are promoting technological development such as traffic jam prediction using AI, and are working to further improve prediction accuracy and convenience.